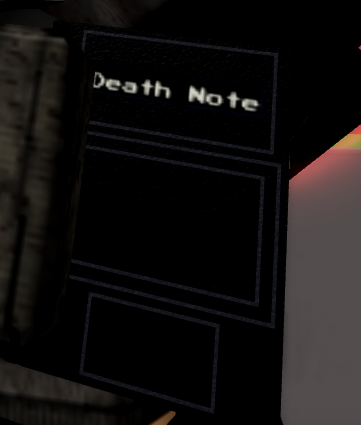 The Death Note was an item in A Universal Time, used to get Shinigami and Reaper. It is no longer obtainable, so don’t try and grind for this item.

Death Note looks like a Dio’s Diary, but appears to be black and white. It has white text on the top part of the diary, which spells out “Death Note”.